The Huntstaff is one of the signature weapons of the Huntsclan, easily recognizable due to it's futuristic appearance. Despite this, some of its functions indicate that it may be partly magical as well.

In Season One, the staff appeared to be made of a gray blue metal with intricate circuitry, a green gem set in it, and sharp tooth-like points on its end, which formed its blade.

On Season Two, the staff resembled a Chinese spear, perhaps a guandao, with serrated blades on both ends connected by a staff with circuitry on the exterior, giving it a futuristic appearance.

In addition to being used as a normal spear, the Huntstaff has the following capabilities: 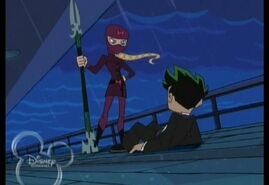 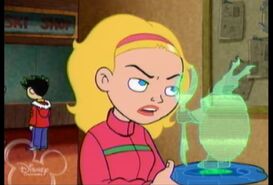 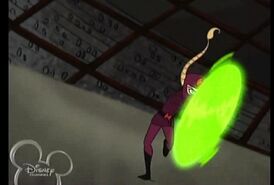 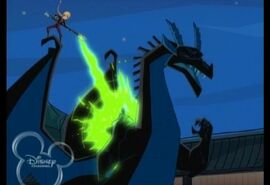