Aunt Patchouli Long[3][4] is a minor character forn the television show American Dragon: Jake Long. She appears in the episode "Adventures in Troll-Sitting". She is voiced by Wendie Malick.

She is Jonthan's sister and Jake and Hayley's paternal aunt. Like her brother, she is unaware that her sister-in-law and niece and nephew are from a long line of dragons, but she is in a relationship with a Sewer Troll named Stan Lipkowski. Not much else is known about her. 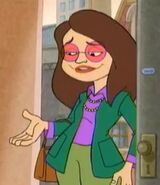 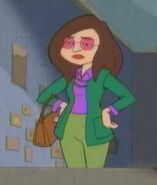 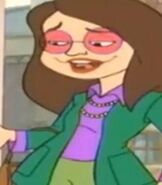 Retrieved from "https://adjl.fandom.com/wiki/Patchouli_Long?oldid=24309"
Community content is available under CC-BY-SA unless otherwise noted.