This is a generalized article. For more details on the Witch individuals, see Annika, Monica or Bubonica.

The Witches of Woodstock[1] are a trio of Witches that live in a shack on a secret island on the Hudson River. The group is formed of Annika, Monica and Bubonica. They only appear in the episode "Game On" in Season 2 and never make another appearance in the entire series.

The Witches of Woodstock are a trio of young and beautiful Common Witches. Each and one of them have their own characteristics, although they all act similarly to each other. It is currently unknown if they are blood related in any way, although that is highly unlikely.

Monica is the redheaded Witch of the trio and is most likely the leader of the group. She is the one that keeps an eye on the potions the trio brews and constantly stirs it to keep it from burning at the bottom of the cauldron.

Annika is the blonde Witch of the trio and most likely the second most important member of the group. She is the one that adds the necessary ingredients in the potions the trio brews as it simmers over the fire.

Bubonica is the dark-skinned Witch of the trio and the last member of the group. She oversees the completion of the potions the trio brews and adds the remaining ingredients during the last steps of the recipe. She is also the main spell caster of the group.

Being witches, the Witches of Woodstock are very talented in Witchcraft. They have extensive knowledge on magical ingredients and brewing potions, and can cast spells and hexes with just a wave of their hand. For example, Bubonica uses an audio illusion spell in "Game On" to get rid of a pack of Hopgoblins, giving nearby bushes the impression of speech.

The Witches of Woodstock are very powerful Witches that specialize in brewing potions. They are the only ones who can destroy powerful magic items deemed to dangerous to risk having them fall into the wrong hands. The three of them alone have the knowledge to brew a destruction potion strong enough to destroy any kind of magical artifact. Jake calls upon their help in "Game On" to get rid of a box containing a golden control pad that lets the beholder literally cheat through life. 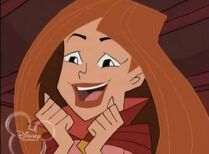 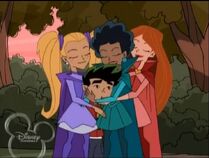 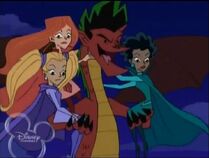 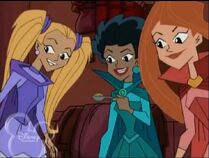 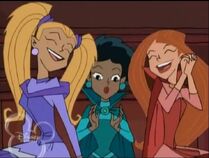 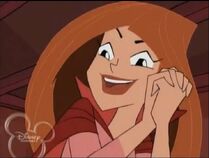 Retrieved from "https://adjl.fandom.com/wiki/The_Witches_of_Woodstock?oldid=22286"
Community content is available under CC-BY-SA unless otherwise noted.